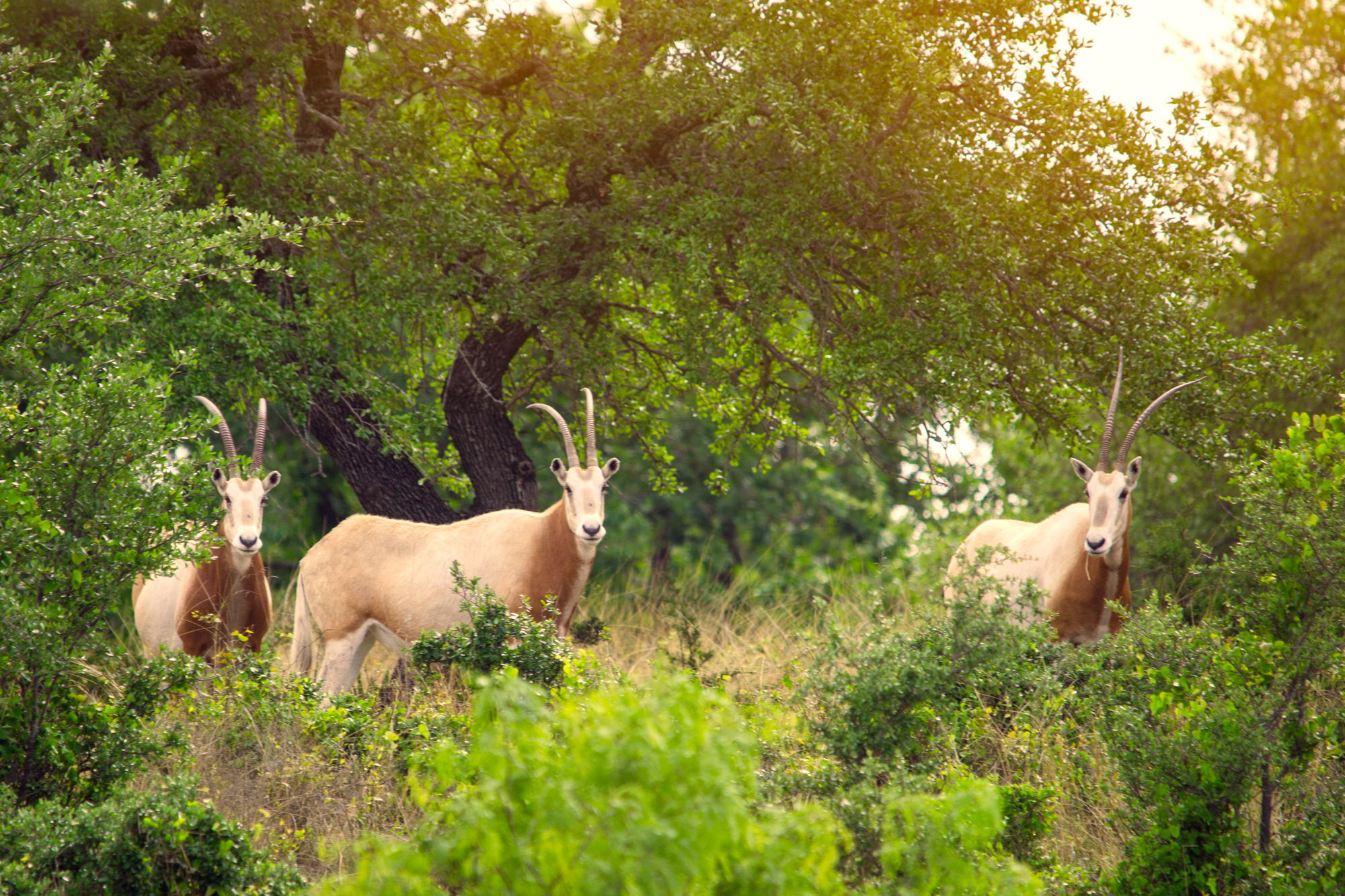 Due to overhunting and significant habitat loss, including competition with domestic livestock, the scimitar-horned oryx has been fundamentally extinct in the wild since 2000. Native to the Sahel and sub-desert zones of North Sengal, Chad, and Niger, there have been no confirmed evidence of survival for this oryx species since the early 1990s. However, with an incredible 11,000 scimitar-horned oryx estimated to reside on Texas Ranches alone, there is hope for this species. Unfortunately, it is believed that all these individuals are descendants of 40-50 founders, originating from Chad. Because of this low founder number, it is likely that the proportion of genetic diversity represented within U.S. populations is relatively low. Nevertheless, multiple semi-wild (fenced) reintroduction programs in Tunisia, Senegal, and Morocco have been successful. Currently, a large-scale reintroduction is under way on a protected reserve in Chad. If this reintroduction proves successful, the SPA will have significant support to begin new reintroduction programs in the hopes of bringing this species back from the brink of extinction.