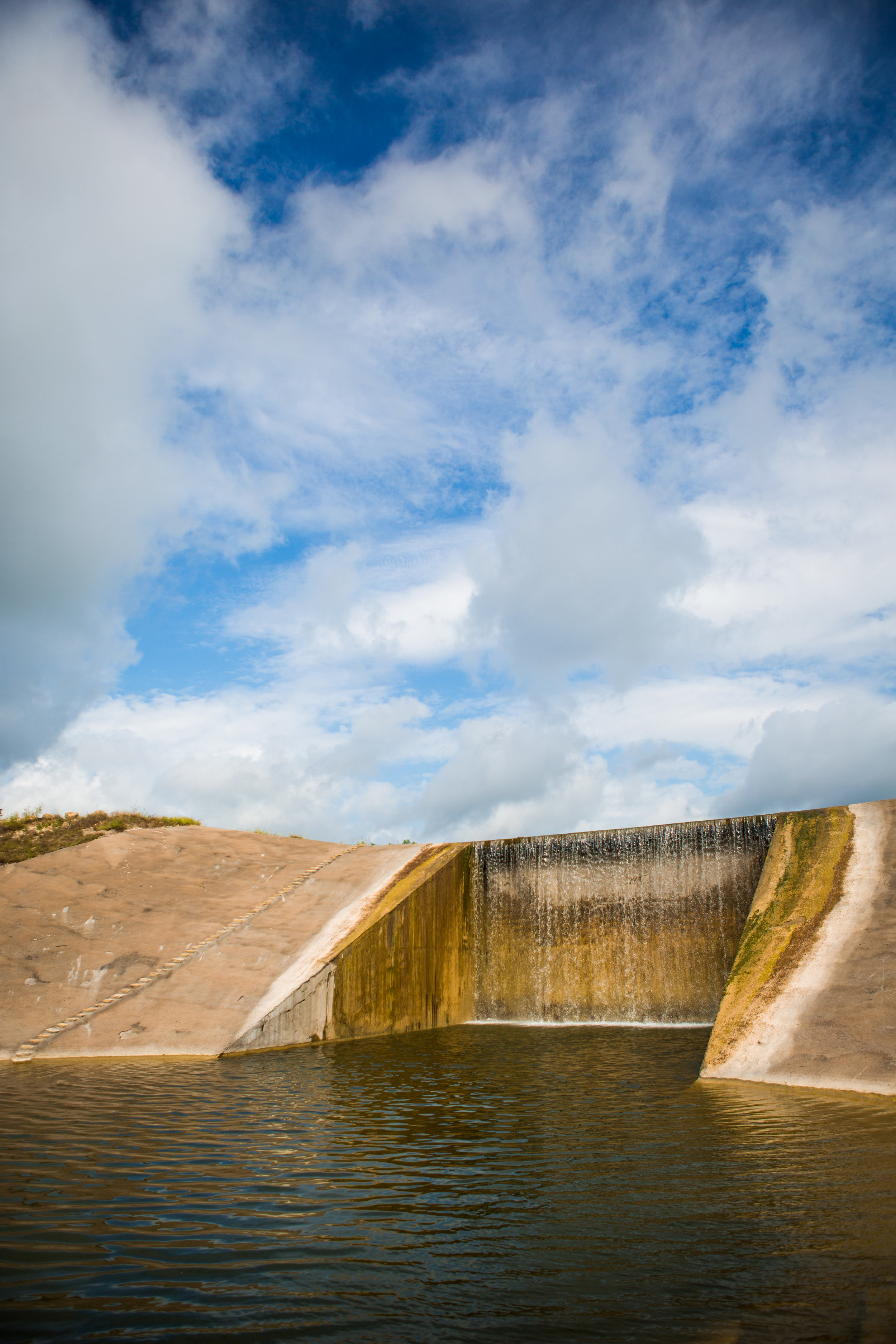 In North Texas, the annual rainfall varies from a low of about 25 inches to high of about 45 inches with an average annual rainfall of about 36 inches. The problem for the rancher is that the water may come in a light 1/4 inch rain one month and the next month the ranch gets 4 inches in one day. In the old days (prior to about 1950) the live water creeks and rivers, plus the water wells outfitted with windmills were the only effective way for livestock and wildlife to access water. After about 1950, ranchers started building ponds which captured runoff water. Since then, knowledge and pond building expertise has greatly increased. Ranchers are now able to build retaining ponds and lakes quickly and effectively. When Barnett Shale natural gas was discovered in nearby Johnson and Somervell Counties, the 10xXx Ranch leased the ranch to a explore for gas in 2004. Two gas wells were drilled with the stipulation that the energy company must also build a lake for fish and wildlife for each gas well drilled. Two new lakes were built under that program. While the gas wells turned out to be non-producers, the ranch was permanently enhanced by the gas companies drilling efforts. The ranch has impounded over 1000 acre feet of water in lakes and ponds. This captured water would have previously run off of the ranch, probably all the way to the Gulf of Mexico. These new lakes feed livestock and wildlife alike and provide beauty and recreation to visitors. Additionally the ranch has built terraces which direct runoff water from far away hills into retaining ponds as much as one mile away. This effectively doubles or sometimes triples the normal runoff capture area of a pond or lake.